Will a Trump Presidency Crash the Financial Markets?

Will Donald Trump Cause a Stock Market Crash? 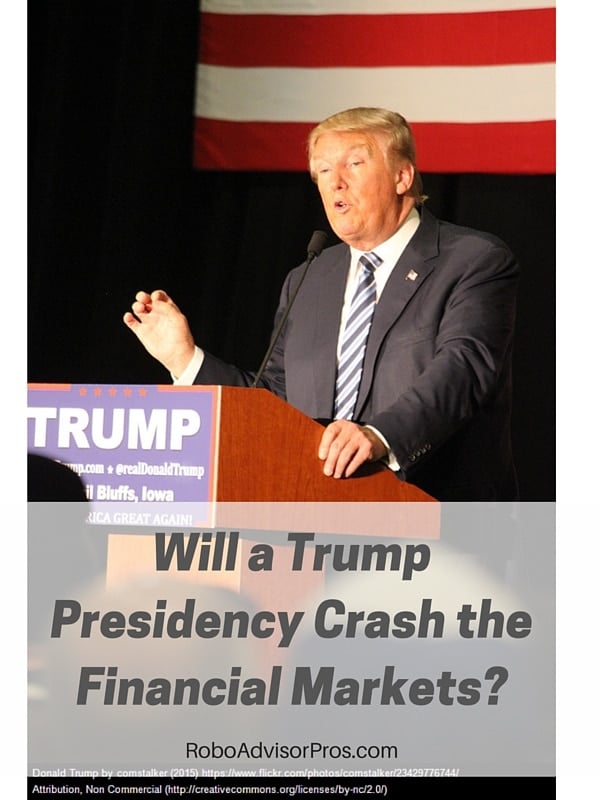 After Republican candidate Donald Trump predicted a stock market crash, professionals across the field of finance chimed in on the discussion about whether or not Trump will cause a stock market crash himself, or if his predictions have any weight to them.

We all have a lot to think about with this upcoming election – it is certainly the most intense presidential election I remember. Regardless as to where you stand on more controversial issues, readers are concerned about their investments and want to know one thing: which candidate is going to be the best for my money? Whether Donald Trump will cause a stock market crash is impossible to predict, but if you’re worried about this issue you may be interested to read the following opinions.

The following three articles elaborate on Trump’s potential impact on our economy and shed some light on the situation. Since informed voters make the best choices, here’s what you need to know about whether or not Donald Trump could cause a stock market crash.

1. Would Donald Trump Crash the Stock Market? By Cullen Roche of Pragmatic Capital

In fact, Roche believes that Trump’s plan for taxes and spending would result in a deficit which would possibly benefit the stock market instead of hurting it.

One great point Roche made was that we need to consider the long-term when dealing with the stock market. In the grand scheme of things, he points out, a single presidential term is not long. Because Roche sees a stock market cycle as lasting approximately 25 years, he does not believe a 4-year presidential term would have any severe effect on the market. Ultimately, Roche finds these fears about Trump unfounded, and almost silly to even discuss.

This article offers commentary from multiple sources on Trump’s proclamation that the US is sitting on a financial bubble that is ready to burst.

Many of the sources interviewed are skeptical about the predicted recession, believing that Trump’s numbers on things like unemployment are incorrect. Still other sources are confident that the United States is financially healthy enough that we have a very low risk of entering a financial crisis. Even with moderate to low grown in other countries, these sources believe the US can hold its own financially.

Saucier elaborates on Trump’s concerns about an overpriced tech stock, making it clear that there are some companies that are worth a lot of money in the market even though their actual profits are low. Others, such as Mark Cuban and Bill Gates, have also warned about these sorts of companies, which lends credibility to Trump’s concerns.

Despite this, Saucier cites sources who argue that this situation is nothing like the market crash just prior to the recent Great Recession; according to these sources, a significant event or disaster would need to occur to bring Trump’s predictions to life. In this case, Saucier illustrates that the 9/11 terrorist attack on New York City was one major contributing factor to the dot come bubble burst in the early 2000s.

So – will Donald Trump crash the stock market? 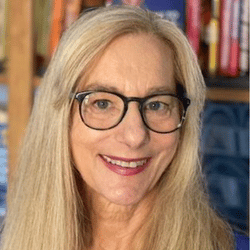 Barbara Friedberg, MBA, MS brings decades of finance and investing experience to Robo-advisor Pros. She is a former investment portfolio manager and taught Finance and Investments at several universities. Barbara Friedberg's published work includes Personal Finance; An Encyclopedia of Modern Money Management (Greenwood Press), Invest and Beat the Pros-Create and Manage a Successful Investment Portfolio and How to Get Rich; Without Winning the Lottery. Follow her on twitter
All Posts »